Apple juice and apple cider: you might be surprised to learn that they are technically  the same! Both consist of 100% juice from apples.

Some apple juice manufacturers use processes to clarify the juice, resulting in a transparent (less cloudy), lighter  appearance. The greatest volume of apple juice sold in   the United States is clarified apple juice.

“Cider” is a broad term encompassing different products: apple cider, sweet cider, hard cider and so on. For example, in the United States, the word “cider” refers to the freshly expressed juice of the apple. In England and Australia, “cider” describes fermented juice, which Americans refer to as hard cider. When allowed to fully or partially ferment, cider develops that distinct tart taste and dark, cloudy appearance.  Now you know! 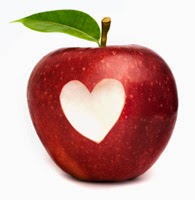