I love cooking. I especially love trying new recipes. However (many moons ago!) with my two year old toddling around and my six month old on my hip, I was missing cooking. I really longed to enjoy meals that took more than 15 minutes to pull together and didn’t come out of a box!
Then, as if the stars aligned, I saw a high school friend’s Facebook post about a dinner swap she and her friends did. I immediately emailed her to get the details. Within a week, my own dinner swap group was born and none of us have ever looked back!
I think the success of our dinner swap is in its simplicity. We have four families, all neighbors. Dinner Swap is one night a week – we chose Tuesday, but are flexible if the chef-of-the-week needs to pick another night.  I have a home cooked meal delivered to me three out of four Tuesdays, and I bring a meal to the other three families every fourth Tuesday. 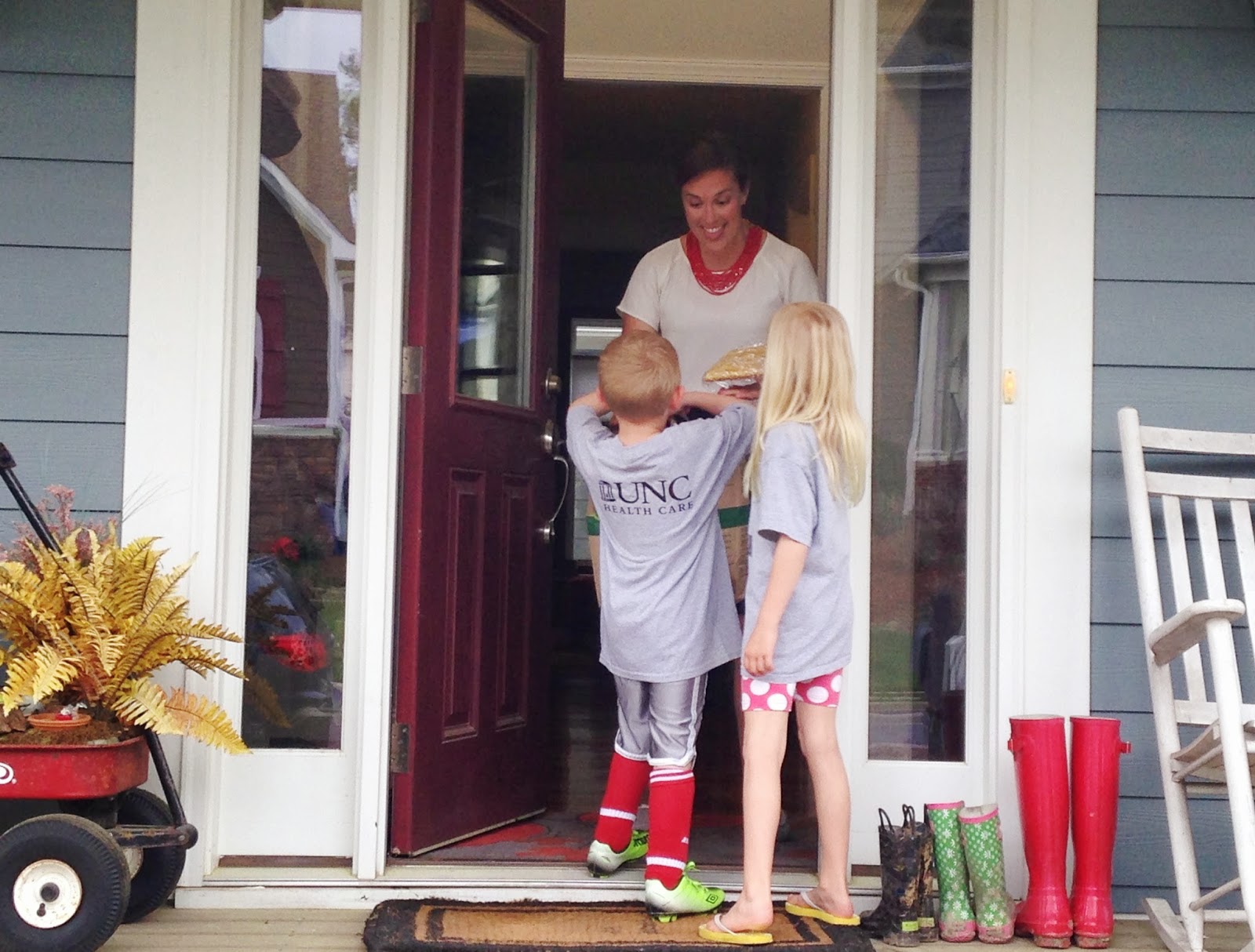 Whoever is cooking on Tuesday will usually send an email on Sunday or Monday, letting everyone know what is coming their way – or, saying they have no idea what they’ll be cooking, but they’ll be bringing something by on Tuesday evening! There are no restrictions or rules on what to make, it can be anything.
I typically use my dinner swap night to experiment with new recipes – the other families are my guinea pigs, sometimes to their detriment! Though, I actually don’t think we have had any total meal failures. We’ve all discovered that when you aren’t doing the cooking, everything tastes better!!  Funny how that works! We usually use Tupperwares for delivery, and any Tupperware used is declared communal Tupperware. It may sound silly, but by eliminating the need to remember whose container is whose just makes it that much easier.
It was my turn to cook this week, and I had some tomatillos that were begging to be made into salsa. That, paired with my week’s order from The Produce Box of grass-fed beef, Durn-Good Taco Seasoning, Chipotle-Lime Chevre (yum!!), sweet peppers, tomatoes, jalapenos and corn meant it was Taco Tuesday! 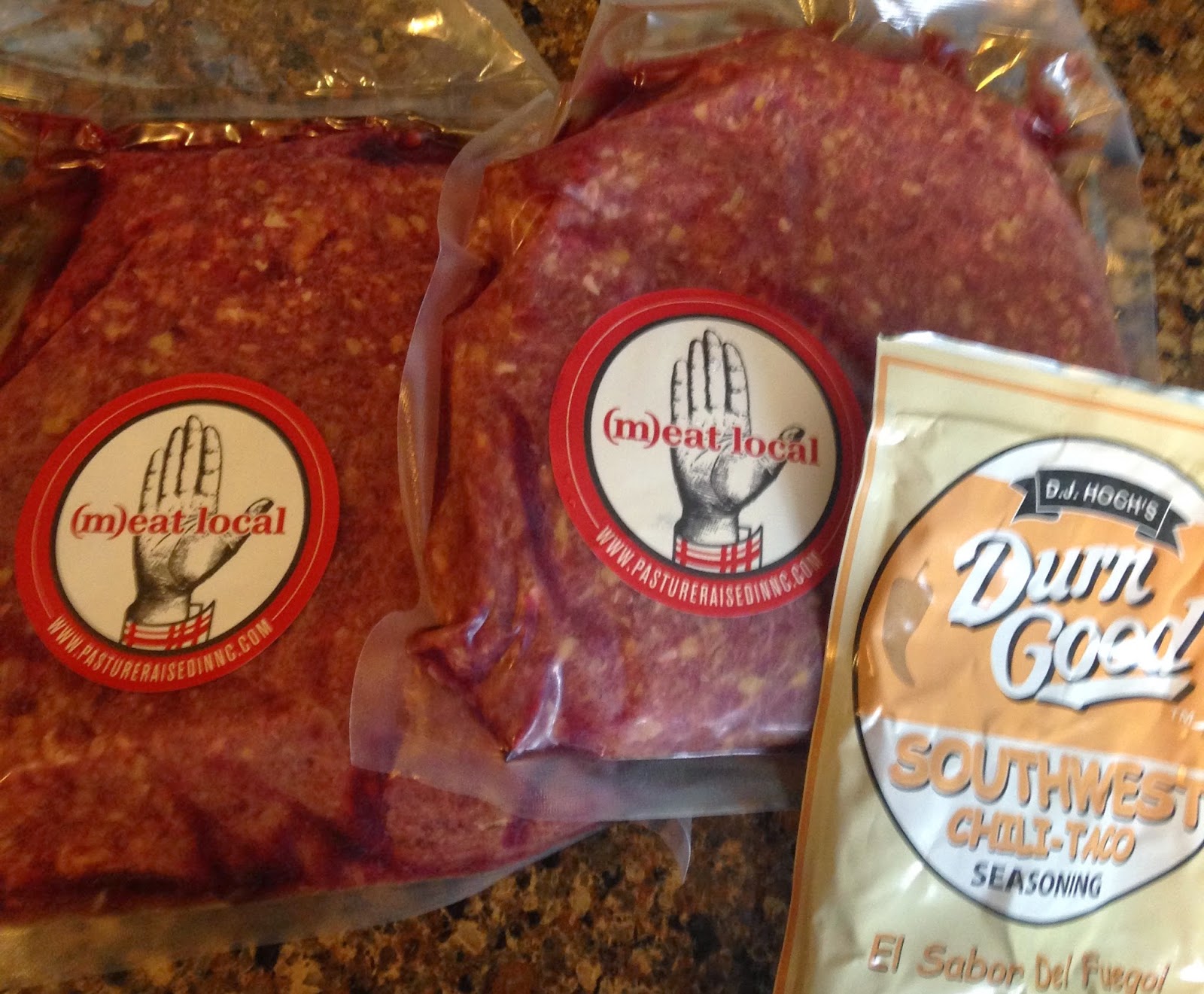 Our Dinner Swap is on its fifth year, and I can speak for all four families – not only is it fantastic to get a home cooked meal delivered to your door on a busy weeknight, but there is something about our sharing of food that builds a really neat bond between our families. Also, my children (now 7 and 5) are much more apt to eat new dishes from other people rather than from our own kitchen – it seems easier to get them excited about the yummy food coming from their friend’s house. I don’t know why, maybe they like the communal feel of it, too – but, whatever it is, I’ll take it!
Long live dinner swap!
Post Views: 655