Kale, the Superfood Worth Trying 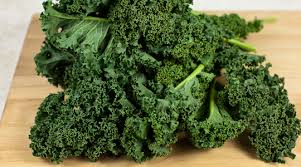 Kale originally grew around the Mediterranean and Asia Minor region, with evidence of cultivation dating back to around 2000 BC. Once a dietary staple of the Ancient Greeks and Romans, kale is now considered a “superfood” thanks to its hearty flavor and ample nutrition.

A green, leafy, cruciferous vegetable, kale is rich in nutrients. It contains fiber, antioxidants, calcium, vitamins C and K, iron and a wide range of other nutrients that can help prevent various health problems.

Kale is a member of the mustard family as are Brussels sprouts, cauliflower, broccoli, and cabbage. It’s said that Russian kale was introduced across the Atlantic into North America by traders in the 19th century.

Leafy greens like kale are some of the healthiest foods you can eat. One cup of raw kale is only 33 calories, six grams of carbs (two of which are fiber), and three grams of protein. Due to its low calorie content, kale is among the most nutrient-dense foods on earth. Eating more kale is a great way to increase the total nutrient content of your diet.

There are a few main types of kale:

So now that you know about kale, here is how you can use it:

Whether you are trying it for the first time or willing to experiment with this leafy vegetable a little more, we hope you enjoy some kale this month. After all, February is National Kale Month.