Down2Earth Farms began in 2011 in Rougemont, North Carolina, on a former dairy farm surrounded by protected forestland. After 25 years in the food and beverage industry, owner Cecilia Redding and her family finally realized their dream of owning and operating their own organic farm. Today, Down2Earth grows many of the fresh, organic fruits, vegetables and shitake mushrooms you order each week from The Produce Box! 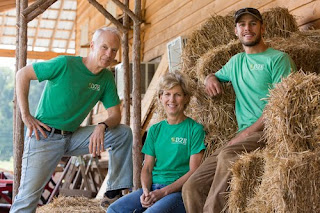 From the beginning, Cecilia’s team used only organic growing practices, but USDA regulations require that a farm be exclusively organic for three years before it can be certified organic. Down2Earth is proud to have recently achieved their organic certification through CCOF. CCOF is a non-profit that certifies organic farms to ensure that the food being grown meets all organic standards. CCOF is accredited by the USDA and was the first organic certification program in the United States.

In 2014, Down2Earth added a greenhouse to their already busy farm and in 2015, they added two high tunnels. Both of these growing structures allow Down2Earth to grow all kinds of organic, healthy produce year-round.

Cecilia is a Biological and Agricultural Engineer who loves being outdoors and shares the farm with her husband, two daughters and other family and friends who help out. Cecilia’s brother, John Dorsey, also works with Down2Earth and manages a lot of the business aspects of the farm. Their other team members include the Farm Manager, Matt, as well as Rosa, Adela, and Orlan. 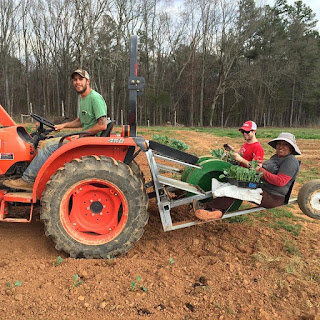 Although the Down2Earth team is diverse in their interests and skills, they all have one thing in common: a passion for organic, local farming and good old-fashioned hard work.

Be on the look out for Down2Earth produce on the menu and in your O’Natural Boxes – especially those mushrooms that are a member favorite!
Post Views: 1,027